Industry NewsIndustry News
Focus on in-depth distribution of electronic components and provide customers with complete solutions
How does RMB break 7 affect the import and export of components?
L.Y.W L.Y.W 2019-08-08 56

"Renminbi breaks 7" is probably the hottest news today. So, is it a good thing or a bad thing for the RMB to break through 7? What impact will it have on the import and export of components? 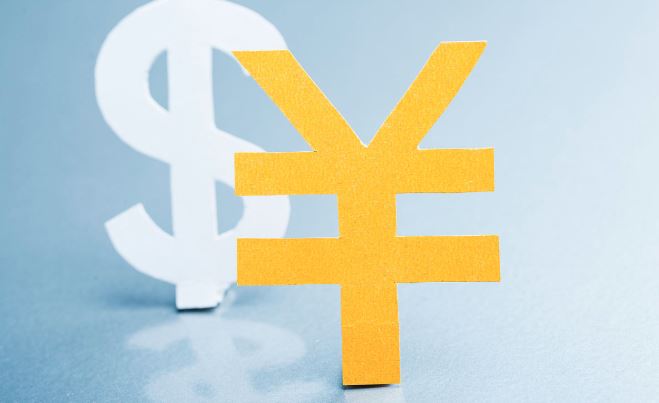 Last week, affected by international trade relations, global stock markets suffered "Black Friday" and fell in turn. Today, the onshore and offshore exchange rates of the renminbi both broke through 7. After that, "the renminbi broke through 7" became one of the hot topics that netizens were most concerned about.

Affected by this, today's three major A-share stock indexes collectively plunged, and the Shanghai stock index once fell more than 1%.

The renminbi exchange rate broke through 7. From a numerical point of view, there may not be much difference. So what is the reason why the RMB broke through 7, which made netizens panic today?

It is reported that the difference between 6.9 and 7.1 is significant in market confidence and psychological price. The report pointed out that lower than 7 means that the RMB exchange rate is in a controllable and stable range; higher than 7 means that it will cause varying degrees of turbulence including cross-border capital flows, foreign reserves and imports.

The devaluation of the renminbi may benefit the export economy

A break of the exchange rate of 7 means that the renminbi has depreciated.

If a country’s currency depreciates, it means that the purchasing power of foreign currencies will increase. In theory, it may benefit the domestic export economy. The prices of products purchased in this country are relatively cheap, which will help the country to sell goods and services; on the other hand, when a country’s currency depreciates, it is necessary to pay higher prices when buying products from foreign countries. Lead to a decrease in imported products. Therefore, the result of the devaluation of the renminbi is to expand exports, suppress imports, further increase the trade surplus, and promote economic development.

For example, an exporter of passive components sells a material, the original export price is 1 yuan, due to the depreciation of the renminbi, foreign buyers only need 0.8 yuan to buy it. Due to the strong uncertainty of currency exchange rates, in this case, foreign buyers will be stimulated to purchase the material in large quantities, which will increase the shipments of passive component exporters.

Trade is the result of choices made by the companies and consumers of the two countries on a voluntary basis. If one country wants to buy products and another country wants to sell products, there will be trade surpluses and deficits in the process of purchasing and selling.

According to statistics from the US Department of Commerce, in 2017, US exports of goods to China were US$130.4 billion, imports of goods were US$505.6 billion, and the trade deficit in goods was US$375.2 billion.

Under trade friction, or hedge against new tariffs

From another perspective, the devaluation of the renminbi can hedge against export losses caused by the trade war.

Not long ago, U.S. President Trump announced that he would impose an additional 10% tariff on the remaining US$300 billion from China on September 1. The new tariff measures will hit a range of consumer products from mobile phones and laptops to toys and footwear.

Subsequently, the Ministry of Commerce and the Ministry of Foreign Affairs of China responded that the US move seriously violated the consensus reached by the Chinese and US heads of state at the Osaka meeting, deviated from the right track, and was not conducive to solving the problem. China is strongly dissatisfied and resolutely opposes this.

The U.S.'s escalation of trade frictions and tariffs are not in the interests of the people of China and the United States and the interests of the people of the world, and will have a declining impact on the world economy. China always believes that there is no winner in a trade war, and it does not want to fight or is afraid of it, but it has to fight it when necessary. It is hoped that the US will correct its mistakes in a timely manner, resolve problems on the basis of equality and mutual respect, and return to the right track.

On the 5th, the central bank answered the question of the RMB exchange rate breaking through 7. The central bank stated that due to unilateralist and trade protectionist measures and expectations of additional tariffs on China, the RMB exchange rate against the US dollar has depreciated today, breaking through 7 yuan, but the RMB continues to remain stable and strong against a basket of currencies. A reflection of market supply and demand and fluctuations in the international currency market.

From the perspective of the global market, exchange rate volatility is also the norm as a price comparison between currencies. Only with volatility can the price mechanism play the role of resource allocation and automatic adjustment.

In other words, the renminbi exchange rate "breaks 7", this "7" is not age, it can't come back in the past, nor is it a dam. Once it is broken through the flood, it will fall for a thousand miles; the "7" is more like the water level of a reservoir, in a rainy season. When it is higher, it will fall again in the dry season. It will fluctuate and fluctuate, which is normal.

Since the beginning of this year, the RMB has maintained a stable position in the international monetary system. The RMB has strengthened against a basket of currencies, and the CFETS RMB Exchange Rate Index has appreciated by 0.3%. From the beginning of 2019 to August 2nd, the central parity of the RMB against the U.S. dollar depreciated 0.53%, which was smaller than the decline of the Korean won, Argentine peso, Turkish lira and other emerging market currencies against the U.S. dollar during the same period. It is a relatively stable currency among emerging market currencies and is stronger than the euro. , British pound and other reserve currencies.

The social impact of RMB devaluation

The central bank stated that for ordinary people, the impact of the devaluation of the renminbi will not have a significant impact on people’s daily life. At most, they will face a certain degree in the case of overseas travel, overseas shopping or overseas shopping, or studying abroad. Impact.

In the past 20 years or so, the RMB has risen frequently against the U.S. dollar and a basket of currencies, but has rarely depreciated. The main financial assets of the Chinese people are best protected in the RMB, and its external purchasing power has steadily increased. All of these have been able to go abroad from the common people. This is reflected in travel, overseas shopping, and children going to school overseas.

The central bank’s recommendation is to focus on physical business to avoid the impact. One or two can also be seen from the stock market trading market. In today's morning, the aviation sector plummeted, while the real estate sector hit a six-year low; at the same time, textile stocks, blockchain and gold rushed higher in the morning and collectively became popular. The impact of the devaluation of the renminbi is not an absolute concept, and it has a completely different impact on the market.

Expert opinion: In the long run, the renminbi will appreciate

Ma Guangyuan, a commentator on China Central Television’s Financial Channel, said that it is normal for the RMB to float around 7, and there is nothing to worry about.

In his view, it is normal for the renminbi to have downward pressure due to trade frictions in the short term. In the long run, the renminbi has strong support:

Ma Guangyuan said: “You don’t need to trust the central bank, but you should trust Trump. Of course, more fundamentally, although the current Chinese economy faces many uncertainties, it is still one of the best performing economies in the world. It determines that in the long run, the renminbi will still appreciate rather than depreciate!"

Reprinted from International Electronic Business Information, the copyright belongs to the original author, if there is any infringement, please contact us to delete it!